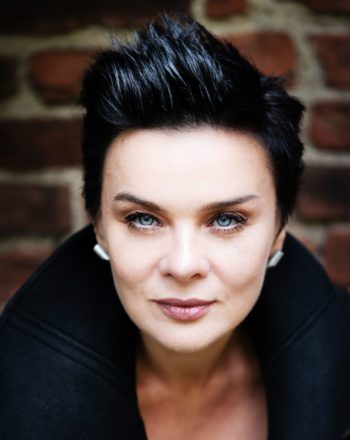 Lithuanian soprano Ausrine Stundyte made her Salzburg Festival debut in 2020 singing Strauss’s Elektra under Franz Welser-Möst and is reprising this role this summer as well as performing it at the Vienna and Hamburg State Operas. Plans include Renata (The Fiery Angel) in Madrid, Jeanne in Penderecki’s The Devils of Loudun in Munich and Katerina Izmaylova (Lady Macbeth of the Mtsensk District) in Barcelona in 2022, Katerina Izmaylova in Geneva and Vienna in 2023 and Marie (Wozzeck) at the Berlin State Opera and in Lyon in 2024.

Her most important recent engagements include her role debut as Regan in Reimann’s Lear in Munich, Renata at the Theater an der Wien, at the Festival d’Aix-en-Provence, in Warsaw, under Gianandrea Noseda in Zurich, in Munich and under Kazushi Ono in Lyon, Marietta (Die tote Stadt) in Cologne, Judith (Duke Bluebeard’s Castle) in Venice and at the Komische Oper in Berlin, Salome at the Berlin and Vienna State Operas as well as in Bologna and Dallas, the title role in Hindemith’s Sancta Susanna in Baltimore and at the Vienna Konzerthaus, Heliane in Korngold’s Das Wunder der Heliane at the Bard SummerScape Festival as well as in Ghent and Antwerp, Andrea in José Maria Usandizaga’s Basque folk opera Mendi Mendiyan in Bilbao and San Sebastián, Katerina Izmaylova under Ingo Metzmacher in Paris, under Kazushi Ono in Lyon and under Dmitri Jurowski in Antwerp, Tosca in Helsinki, Seattle and São Paulo, Salome in Berlin and Bologna, Carlotta in Schreker’s Die Gezeichneten at the Komische Oper in Berlin, Bianca in Zemlinsky’s Eine florentinische Tragödie in Amsterdam, Catalani’s Loreley at the St Gallen Festival, Venus (Tannhäuser) in Venice and Antwerp, Montezuma in Rihm’s Die Eroberung von Mexico in Cologne and Madrid, Leonore (Fidelio) under Zubin Mehta in Florence and at the Vienna Volksoper, Margherita in Boito’s Mefistofele in Munich, Chrysothemis (Elektra) in Antwerp, the title role in La Gioconda in St Gallen and Cio-Cio-San (Madama Butterfly) in Savonlinna and Seattle.

Ausrine Stundyte studied in her home city of Vilnius and in Leipzig and began her career with appearances at the Leipzig Opera and as a member of the Cologne Opera. Among the conductors with whom she has worked are not only the foregoing but also Fabio Luisi, Kent Nagano, Julia Jones, Julian Kovatchev, Marco Armiliato, Markus Stenz and Gabriel Feltz, while directors include Calixto Bieito, with whom she has worked on many productions, Robert Carsen, Peter Konwitschny, Graham Vick, David Alden, Christof Nel, Pierre Audi, Tatjana Gürbaca and Dmitri Tcherniakov.

As a concert artist Ausrine Stundyte has appeared in the Leipzig Gewandhaus, the Stuttgart Liederhalle, the Cologne Philharmonie, the Essen Philharmonie and several concert halls in Tokyo.