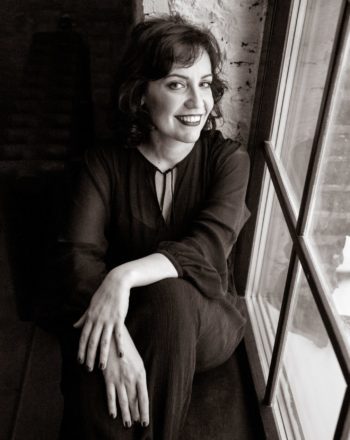 Lyric soprano Nadezhda Pavlova is one of the most exciting singers of her generation. She received Russia’s most prestigious theatre award, the Golden Mask, in 2017 for her performances as Violetta in Robert Wilson’s production of La traviata under the musical direction of Teodor Currentzis at the Perm Opera and Ballet Theatre, where she has been a member since 2012/13.

Nadezhda Pavlova is also active as a concert artist and as a song recitalist with a particularly wide-ranging repertoire. Engagements have taken her to many of Europe’s leading opera houses and concert halls, including Moscow’s Bolshoi Theatre, Hamburg’s Elbphilharmonie, the Cologne Philharmonie, the Dortmund Konzerthaus and the Grand Théâtre de la Ville de Luxembourg. Since 2017 she has been a guest soloist at the Bolshoi Theatre of Belarus in Minsk and since the 2018/19 season a guest soloist at the Bolshoi Theatre in Moscow.

Nadezhda Pavlova is an associate artist of musicAeterna. She made her acclaimed debuts at the Lucerne Festival and the Vienna Konzerthaus as Donna Anna and Fiordiligi in concert performances under Teodor Currentzis, in both cases in 2019. And in 2020 she received critical praise for her performances as Volkhova in Rimsky-Korsakov’s Sadko at the Bolshoi Theatre in Moscow and received the Russian Casta Diva Award. This summer, she is making her Salzburg Festival debut as Donna Anna.

In addition to the foregoing awards, Nadezhda Pavlova has also received the Grand Prix of the Minsk Christmas Singing Competition in 2015 and the Moscow Music Critics’ Association Prize for her appearances as Violetta in 2016. She has been a Merited Artist of the Russian Federation since 2018.